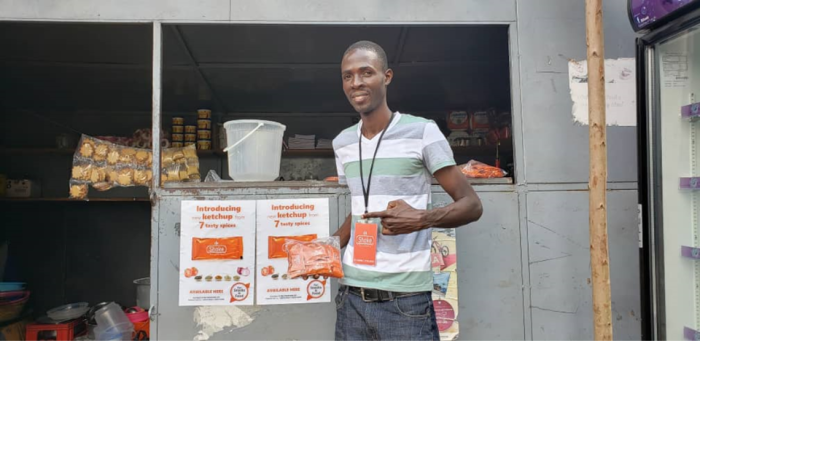 My younger brother, Eddie Mugulusi, came to me with an idea to start a cottage industry in 2018. He wanted to make something from his home which he could sell for profit. All great things begin with an idea. I didn’t pay much attention at the time. This did not deter him. He proceeded to mobilize minimal resources and assemble an initial team to build a prototype. All this was done in his tiny apartment in Kisaasi. He went on to test the product in the market. The product was a tomato ketchup packed in tiny sachets which he sold for 500 shillings in nearby schools.

Eventually I joined the team. We incorporated a company, raised funding, built a factory, imported equipment, invested in vehicles, and developed the market. We have since developed different products and have presence in over 16 districts including Kampala, Wakiso, Mukono, Kayunga, Buikwe, Jinja, Mayuge, Iganga, Bugiri, Busia, Mbale, Namutumba, Buyende, Kibuku, Kaliro, and Budaka. This year we plan to more than double sales and expand into the Northern region.

The team has grown from initially one person to about 30 people in less than three years. We have developed different management systems including financial management, inventory management, sales management, UNBS quality management, etc. We continue to learn and evolve as we go along. Some things have worked and some have failed. Some people have since fallen off but this is something to be expected in any start up environment. The start up environment is difficult and very challenging for everyone involved. However the startup environment is an excellent opportunity to grow as an individual as long you focus on the learning and experience and not just the money.

There have been countless challenges but again this is something to be expected whenever you try to build anything. Moving anything from an idea to reality is not a simple matter. It takes courage, hard work, persistence, resilience, and faith. We are not there yet but we now know that this is not a short journey and we have braced ourselves for the long haul! We take each day as it comes while remaining focused on the overall ambition.