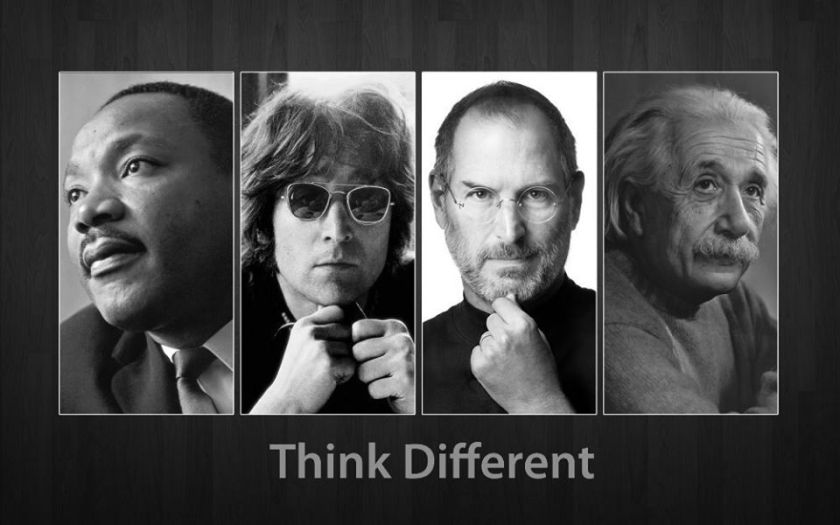 I have known for a while that you are the average of the five people you hang around the most but I didn’t have a scientific explanation for it. Luckily I landed on a book called “Quiet – The Power of Introverts” by Susan Cain which provided some illumination on the matter.

Successful Money Engineering requires that we learn to think independently from the various groups we belong to including family, friends, tribe, religion, work, country, etc. Choosing this path is often scary and painful. However all human progress has been made by people who were willing to think and do things differently.

I hope this extract from the book will help you to think independently!

“Studies have shown that performance gets worse as group size increases: groups of nine generate fewer and poorer ideas compared to groups of six, which do worse than groups of four.

Psychologists usually offer three explanations for the failure of group brainstorming. The first is social loafing: in a group, some individuals tend to sit back and let others do the work. The second is production blocking: only one person can talk or produce an idea at once, while the other group members are forced to sit passively. And the third is evaluation apprehension, meaning the fear of looking stupid in front of one’s peers.

In 1951 a psychologist named Solomon Asch conducted a series of now- famous experiments on the dangers of group influence. Asch gathered student volunteers into groups and had them take a vision test. He showed them a picture of three lines of varying lengths and asked questions about how the lines compared with one another: which was longer, which one matched the length of a fourth line, and so on. His questions were so simple that 95 percent of students answered every question correctly. But when Asch planted actors in the groups, and the actors confidently volunteered the same incorrect answer, the number of students who gave all correct answers plunged to 25 percent. That is, a staggering 75 percent of the participants went along with the group’s wrong answer to at least one question. The Asch experiments demonstrated the power of conformity.

In 2005 an Emory University neuroscientist named Gregory Berns decided to conduct an updated version of Asch’s experiments. Berns and his team recruited thirty-two volunteers, men and women between the ages of nineteen and forty-one. The volunteers played a game in which each group member was shown two different three-dimensional objects on a computer screen and asked to decide whether the first object could be rotated to match the second. The experimenters used an fMRI scanner to take snapshots of the volunteers’ brains as they conformed to or broke with group opinion. The results were both disturbing and illuminating. First, they corroborated Asch’s findings. When the volunteers played the game on their own, they gave the wrong answer only 13.8 percent of the time. But when they played with a group whose members gave unanimously wrong answers, they agreed with the group 41 percent of the time.

But Berns’s study also shed light on exactly why we’re such conformists. When the volunteers played alone, the brain scans showed activity in a network of brain regions including the occipital cortex and parietal cortex, which are associated with visual and spatial perception, and in the frontal cortex, which is associated with conscious decision-making. But when they went along with their group’s wrong answer, their brain activity revealed something very different.

The conformists showed less brain activity in the frontal, decision-making regions and more in the areas of the brain associated with perception. Peer pressure, in other words, is not only unpleasant, but can actually change your view of a problem.

These early findings suggest that groups are like mind-altering substances. If the group thinks the answer is A, you’re much more likely to believe that A is correct, too. It’s not that you’re saying consciously, “Hmm, I’m not sure, but they all think the answer’s A, so I’ll go with that.” Nor are you saying, “I want them to like me, so I’ll just pretend that the answer’s A.” No, you are doing something much more unexpected—and dangerous. Most of Berns’s volunteers reported having gone along with the group because “they thought that they had arrived serendipitously at the same correct answer.” They were utterly blind, in other words, to how much their peers had influenced them.”