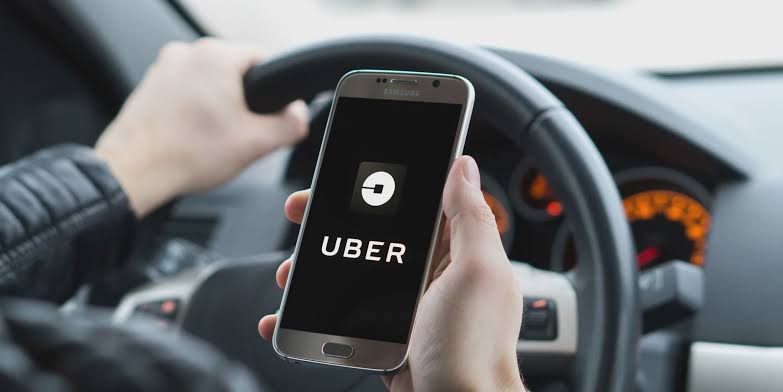 I had an interesting chat with my taxi driver on the way to the airport. He picked me up from Nakwero in an old and dusty Ipsum. He tried to convince me to pick up someone else on our way. I politely declined. He obliged. The passenger seat belt was not working. I didn’t feel safe. I never drive without a seat belt. He reassured me that he would drive carefully.

As we approached Gayaza town he noticed a large building under construction at the round about. He then exclaimed how rich the owner of the building was. “I think this man has money in a sack… he has built day and night without ever stopping!” he said. I have actually noticed this building earlier. He told me that the building belongs to a famous tycoon in town. Apparently the tycoon has a secon young wife where he spends most of the nights. He drives a big car which is very expensive and lives in a big house.

“This man has hit a gold mine,” he retorted. I could see the wisdom in his thinking. Gayaza is a strategic town which lies at the intersection of the Kalagi-Jinja highway and the Zirobwe road. It is home to the reknown Gayaza High School. The traffic on this road has steadily grown with many middle class people settling this side. Middle class people like to shop in organised and neat places. There is currently no decent shopping mall in Gayaza. This is probably because most of the land is owned by the church which is unwillingly to sell. Apparently the tycoon negotiated a lease with the church administration. Investment in land and property along Gayaza road is most likely to pay off in the long run. This tycoon is targeting middle class people who wish to shop close to home. I understand he has also acquired land in Kasangati to put another shopping mall.

He then went silent as he adjusted the car radio volume to listen to a famous local song and began to sing along.

I began thinking about what he had just said.

I have noticed an interesting trend in the settlement demographics of Ugandans. Ugandans like settling near roads. The busier the road the more valuable the land. Also small towns usually crop up at the intersection of two or more roads. Think of Ntinda, Bweyogerere, Kiira, Kyaliwajjala, Bwaise, Gayaza, etc. When you carefully look at Google Earth maps you will notice a pattern. The settlements spread outward starting from the town centers along the main roads. The land and property close to the towns is usually more expensive. Where you have a landmark like a tourist site, hospital, factory, school, market, etc. land becomes even more expensive. Think of Kyaliwajjala town which is at the intersection of two main roads, with Namugongo shrine and Life Link hospital nearby. Ugandans are very social and like to stay closer together. Being near a trading center makes it easier to trade. It also means you are closer to services and the transport cost is reduced. As urbanisation and the population grows the towns are going to continue expanding outwards. This makes strategic investment in land and property a wise move. My wife and I bought some land along Gayaza road in 2011. This land has now trippled in value within less than 10 years! We have since invested in more land along Gayaza road. All we have to do is sit and wait for the land to appreciate in value.

At this point he was singing along to a popular local song by Bebe Cool.

I asked him how business was going. He told me he owns the car. He first drove for someone for a long time and slowly saved up to buy this one. He has a network of other drivers and they refer customers to each other. He explained that business was good but required a lot of patience. Somedays there are no customers but you still have to show up and wait. “Many young people want quick things so they can’t manage this work.”

I then asked him about his family. He has a one year old daughter. His wife is going to Turkey to do kyeyo within 2 months. She will stay there for 2 years. They have bought a plot of land on Mityana road and they plan to start building a house when she goes back. Their daughter will stay with the grand parents.

I asked him how he would handle the loneliness. He told me that he is committed to his wife and loves her too much. It would be a mistake to cheat on my wife. “If my wife catches me cheating she will stop sending money and the house project will stall.”

He plans to buy another car for special hire if God blesses his hard work.

There was heavy rain coupled with traffic jam on the northern bypass. I kept the windows half open because the air conditioning was not working. He warned me to be careful with my phone as they were many petty thieves along the bypass.

As we we slowly moved through the traffic, we continued to chat about politics, Bobi Wine, religion, business, etc. He was in a jolly mood and he asked about my travels. I told him I often travelled for work. He wondered when he would ever get a chance to fly in a plane. I told him that if he truly desired to fly nothing could stop him. I could see signs of doubt on his face. “God willing,” he replied and then smiled.

He helped me remove my buggage from the boot of the car and I bade him farewell.

As I checked in at the counter, I reflected on this conversation and came to the realisation that there is always something to learn from anyone who crosses our path.