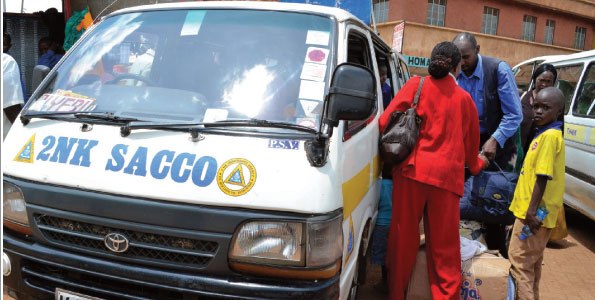 May 14, 2019 The Money Engineer Saving Money Leave a comment

I was recently in Nairobi for a short working visit and I noticed something interesting. Most of the matatus (taxis) had the logo/name of a SACCO written on them. When I inquired I was told the respective SACCOs actually owned the taxis. I then inquired what else the SACCOs owned. I was told they owned several apartment blocks, office blocks and other varied assets. Actually when I dug a bit deeper I found out that SACCOs in Kenya control about KSHS 393bn (UGX 14 Trillion) in assets! yes that represents 15% of Uganda’s GDP. These SACCOs are collectively owned by 3.6m Kenyans!

So what can we learn from this experience?

Uganda can learn a lot from Kenya when it comes to mobilizing capital through Saccos. As of 2016 Kenya had 176 registered deposit taking Saccos with a total membership of 3.6m. These 3.6m Kenyans have been able to mobilise KSHS 393bn (UGX 14 Trillion) in assets. Deposits stood at KSHS 272bn (UGX 10 Trillion) and Loan portfolio stood at KSHS 297bn (UGX 11 Trillion). There are over 17,000 registered coopeeratives of which 7,000 are Saccos. Only about 176 are deposit taking.

Looking at Uganda’s scenario as of 2016 there were 16,587 registered cooperatives, out of which 3,131 are SACCOs. 944 are engaged in agricultural marketing, and others have ventured into energy and safe water distribution, health services, housing, transport, horticulture, tourism, handcrafts, wine production, irrigation, livestock and diary.

SACCOs in Uganda have been plagued by a lot of mismanagement and fraud by the leaders/members. The governance framework is also relatively weak and immature and SACCOs are under the oversight of the Department of Cooperatives under the Ministry of Trade Industry and Cooperatives. In Kenya deposit taking SACCOs are regulated by the SACCO Societies Regulatory Authority (SASRA). I actually struggled to find relevant up to date information on Uganda’s cooperatives. In Kenya I simply went to one website!

There needs to be a concerted effort to mobilise capital at the grass roots by both government and the middle class working population. Our current borrowing levels are crazy! Currently our debt to GDP ratio is 38.6%. At these levels of borrowing coupled with a 3% population growth the middle income dream is far from reality.

However all is not lost! If we estimate the middle class to be say 1m people and each of these can save 50k a month. We can mobilise UGX 600bn a year. Think of the leverage this money could do? How many people would we employ? How many small scale factories would we support? These funds can be lent out at very cheap rates say 5% instead of the crazy 20% charged by commercial banks.

If you are not part of a savings group you need to take action NOW! Join the SACCO at work. Start an investment club with your friends. Open a joint account with your spouse. Open a fixed deposit account with any bank. Subscribe to a life assurance scheme! Do something now to help yourself and the economy mobilise capital! Commit to save a small portion of your salary or income. Wealth accumulation is simple. Work. Earn. Save. Invest. and let the magic of compounding do the rest. that is it!