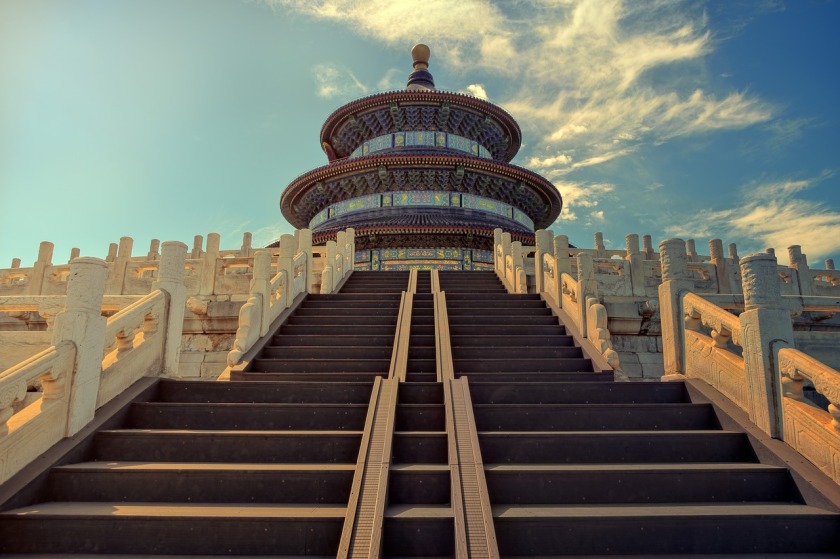 I used to think of China as the world’s greatest manufacturer—the sort of place where you could find every part or component. I expected to find a series of massive (and restless) factories, churning out an unimaginable range of products throughout the day (and night). Little did I know that I had about a thousand things coming, that there were several things I didn’t quite understand about the manufacturing process (at least as it played out in China).

The trouble with such oversimplification is that it assumes that manufacturing is like one-stop shopping—that every product of a certain kind is conceived and produced in one factory of a certain kind, which is of course not how things work in China.

Shortly after I arrived, I visited a factory in Shenzhen Songhang that makes welding machines. Outside the large, three-storied building, there was a small van, from which people were unpacking a few items. On my way up to see the sample that I had bought, I noticed a man pulling in casings for the welding machines. I also noticed large inventories of parts that aren’t made in that factory. I didn’t, as I had expected, encounter a thousand employees. Instead, there was a handful of people selling, assembling and testing the product as they were assembled. At some point, when I realized that I hadn’t ordered consumables for the plasma cutter, I asked the sales person to include it my order. When she told me she had to order the consumables from her supplier, it quickly dawned on me that several independent entities supplied different parts to factories like the one I was visiting, which then assembled the parts into requested products.

It seems to me that middlemen aren’t just important to manufacturing but are an integral part of how business runs in China. This becomes obvious when, for instance, you’re sourcing from Alibaba. No matter how low the quote, there are quotes as low as $0.5, $0.45, $0.6, $1.7, suppliers will still say that they have to order stock from somewhere else.
The suppliers at the top of the food chain are properly positioned to receive customers. This is true of websites like Alibaba, and exhibitions like Canton. Even poorly designed websites with questionable grammar will attract a good number of American and African Buyers, provided that they are search Engine optimized with American articles.

One, they are good at managing their sells funnels. After a meeting on Alibaba, for instance, they will want to add you to their WeChat, from where they will find ways to endear themselves to you. It’s not just the attractive WeChat profiles that will reel you in; it’s also the constant “customer care,” which might manifest as the occasional “I’m just checking on you” text— “How are you, my friend?”—and a sales offer or three.

Suppliers at the top of the food chain are also mindful of which products tend to be sold (and bought) together. Typically, people want to buy related products from one supplier. For obvious reasons, it’s easier to do this than to visit several different suppliers (especially if they are on a different continent altogether). This may also have something to do with desire for the familiar or the discomfort and uncertainty of moving out of a comfort zone. Whatever the case, these suppliers will happily bear all the discomfort for you (the result of which is that you’ll mostly likely end up paying double for a product). Having someone do the legwork for you is convenient if you have extra cash to burn but infuriating when it occurs to you that, wait a minute, I don’t need a middle man after all because I can also buy (online) from whichever entity is supplying my Chinese supplier!

As long as you understand how things come together or learn from the internet how they do, you will be able to source products efficiently and make a handsome margin off doing this.

So, it’s possible that the answer to questions about why we don’t manufacture certain things here doesn’t lie in importing bulky and expensive manufacturing equipment but in the clever sourcing of small parts and components, and in the skillful assembling of those parts into products that can be marketed (and sold) to end users in Uganda (and the rest of Africa).

Innovations in small-scale manufacturing may come from understanding the supply chains of Chinese products that flood our markets, and extrapolating this understanding to the production of socio-culturally appropriate items (or, indeed, whole units).

That said, I don’t want to make it seem as if an understanding of the supply chain is the panacea. We must also incorporate human-centered design to understand what consumers need, why they need it, and what they are willing to pay for what they need; we must understand our market and think of novel marketing strategies. Several iterations across the whole value chain will ensure the survival (and co-existence) of different manufacturing niches within the same market.

PS: I will be sharing my entrepreneurial journey at the next MONEY TALK on 31st Jan 2020 at the Office Hive – Kisementi from 6.00pm to 8.00pm. Participation fee is only 30k. Whatsapp 0788437543 to reserve your spot. Together we can build a network of people making a difference in Uganda.